Funding could be distributed amongst nodes. For example, given a specified amount of money, a portion could go to project A, and a percentage could go to all of the projects that project A immediately depends on. That is, projects H, J, B, C, and E. Let's call this first degree distributed funding. 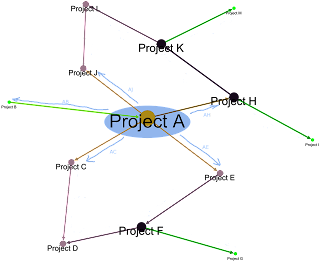 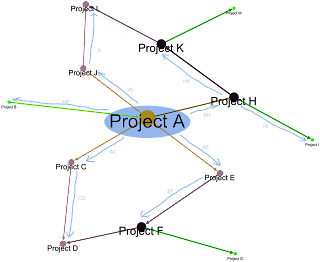 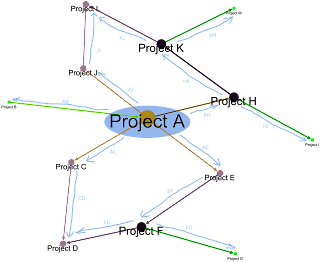 This sort of funding is like social micropayments, of which Flattr is a good example. I also found Leyla's Cause + Effect blog which used the term Distributed Funding. Perhaps a new name is needed? Perhaps the presented idea is just a form of distributed funding?
Posted by brent.shambaugh@gmail.com at 10:18 AM